Just when I thought this year had ended for me I landed my third front cover of the year for Classic Bike Magazine, one of which encompasses all the things I love in life.

The photography side is obvious, as is the motorcycle's, but this wasn't just any motorcycle but everything about motorcycling I love. Its old and I like old. It's also a no thrills off-road bike, a ride it as its meant to be rode kind of bike and I like that. Gone are the days for me now of neck aching, back breaking, wrist wrenching sportsbikes but more of a go anywhere at my pace bike. One's that you don't spend age's cleaning or pampering but one's you ride and get mucky, and as long as you give them a good cleansing in 'Muc-Off' and liberal coating of WD40 all is well the next time you throw your leg over it...... you just 'Go for it!'

The Triumph Adventurer is a bike I particularly love, not so much because of the classic British status but the 'Adventurer' title, one of which I'm very much immersed in. You would be forgiven for thinking this would be a pampered example given how clean it was, yet watching it being ridden gave me an altogether different impression that this is a bike has been used just how it's title suggests all, or most at least, of its life.

I never thought I was one for pampering bike's but until I earned my 'Adventurer' title with my current BMW R1200GS and gained many scratches', both me and the bike, bump's, knock's and dent's it then spin's you into this alternate universe of motorcycling. I've been riding motorcycles on the Queen's highways for 25 years and I can honestly say this last three years of submersion in all thing's adventure I have met some of the greatest people, ridden some of the best road's for me yet, again on and off, and enjoyed motorcycling more than I ever did polishing and detailing garage piece's as great as they were. A cavalier attitude towards riding in all condition's and environment's really does open your eyes to enjoying motorcycling, or what you thought your enjoyment of motorcycling was...... Now if only I could fit this classic into my life and enjoy the hipster gentlemanly biking scene that is erupting.

The January 2017 issue of Classic Bike Guide is out now and if you are on the lookout for a new classic speak to Christian Spaett at Venture Classics. 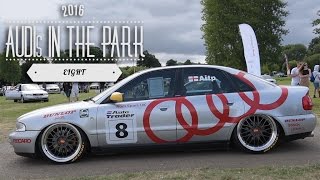